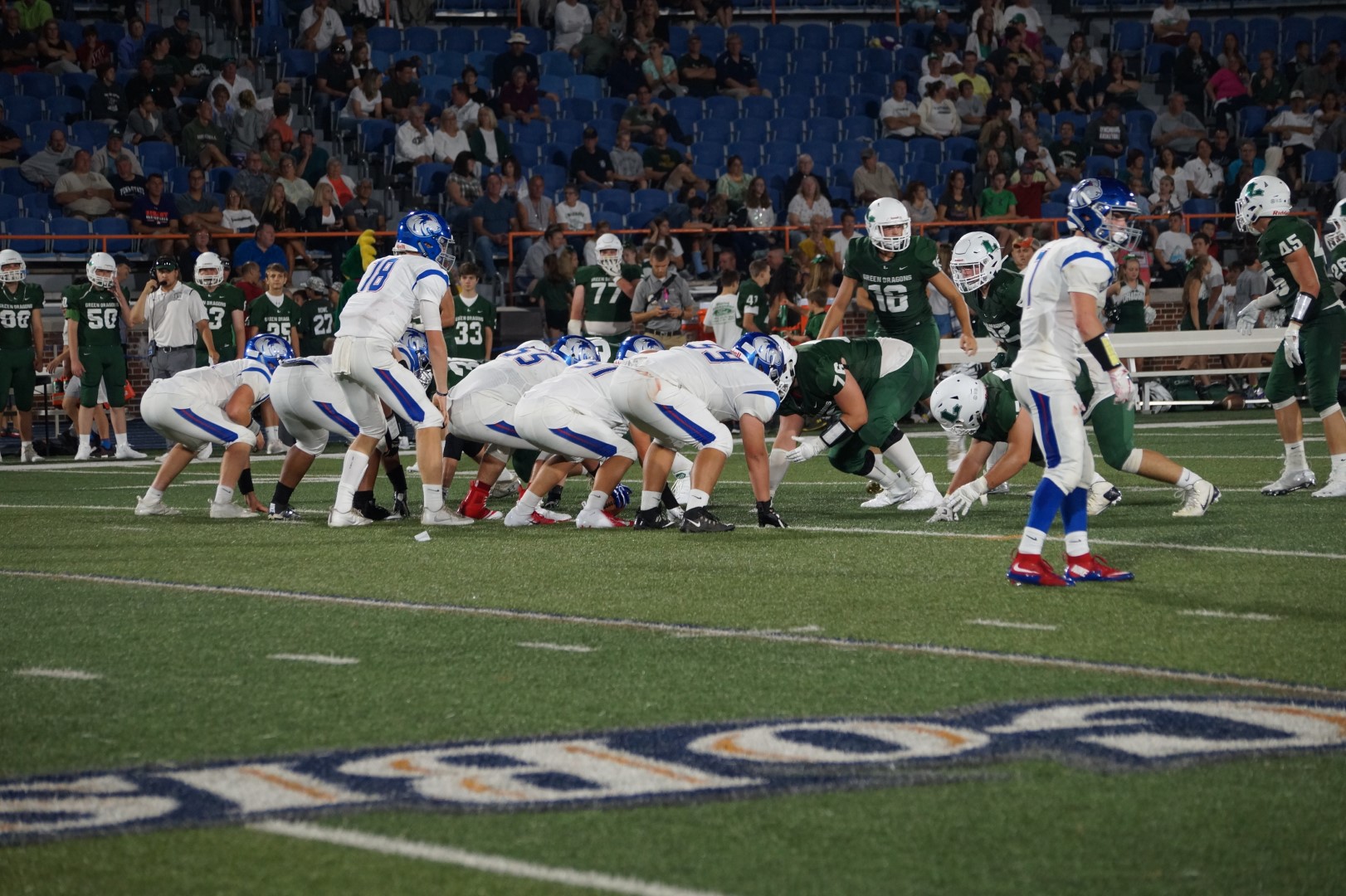 LEWISBURG — Dylan Farronato may not operate all by himself on the football field, but Lewisburg’s senior wide receiver/defensive back/return specialist seems to make a clutch play whenever his team needs one.

On opening night, the Green Dragons standout made plenty.

Farronato grabbed a pair of touchdown throws from quarterback Nick Shedleski and set up three other scores with receptions or returns as Lewisburg posted a come-from-behind, 32-22 victory over Selinsgrove in a Pennsylvania Heartland Athletic Conference-Division I game at Christy Mathewson-Memorial Stadium.

Friday night’s scrap was the teams’ first meeting since 1995.

“First game, you never know what’s going to happen,” Farronato said. “To come out with a victory, a 10-point victory, over a good team — they lost a lot, but they’re still really good. They’re Selinsgrove. They have a great tradition.

“They’re gonna be a heck of a team this year.”

Farronato finished with nine catches for 197 yards — his touchdown receptions covered 66 and 15 yards.

Lewisburg (1-0, 1-0 HAC-I) trailed 22-19 until Shedleski bulled for a pair of scores in the final six minutes to punctuate a late rally.

“There’s always that mentality of it’s always team first, get a win first,” Farronato added, referring to his relationship with Shedleski (12-for-18, 224 yards). “Whatever’s gonna get the game going and whatever’s gonna get us the win. We have that camaraderie. We grew up together in Mount Carmel. He came over a few years before me, but we grew up together and we went to the beach together.”

Nate Schon and Joe Kahn broke off long touchdown runs for Selinsgrove (0-1, 0-1 HAC-I) — Schon cranked out a 59-yarder and Kahn wheeled 40 yards — while freshman QB Danny Shoch threw a short TD pass to Ben Swineford that put the Seals up three (22-19) with 7:59 remaining.

Several minutes later, after Farronato hauled a Shedleski pass 51 yards to the Selinsgrove 5, Shedleski squeezed over from a yard to put the Dragons up to stay. Farronato’s 31-yard catch-and-run on Lewisburg’s next possession — the Seals coughed up the ball at their own 40 — put the ball on the Selinsgrove 3.

Shedleski crashed over on the next play to put the Dragons up two scores.

Farronato also set up Max Moyers’ short TD run early in the second quarter with a 34-yard punt return. His tip of a Shoch pass early in the second half was caught and hauled back 31 yards by teammate Brett Newcomb. Oh, and Farronato punted five times for a 31-yard average.

Selinsgrove had its chances — the Seals limited Lewisburg to just 68 yards on the ground — but the Seals lost lineman Trey Baney to a leg injury and Kahn was bothered by cramps late.

“We knew coming in that that line was big and Max was a good running back,” Selinsgrove skipper Derek Hicks said. “I’m really happy with the way our defense played against the run. I think the good news going forward is that’s one of the better backs we’re going to see and I can almost guarantee you we’re not gonna see a better wide receiver going forward until we hit Southern (Columbia) with Julian (Fleming).”

“That (Selinsgrove) defense is a nightmare to prepare for, especially Week 1,” Lewisburg coach Marc Persing admitted. “If we’re in Week 2, 3 and 4, and we’re still struggling to run the football, then we’re gonna need to look ourselves in the mirror. Hat’s off to Coach Hicks; he runs a great defense.”

There were numerous bright spots for the reigning District 4 Class 4A champion Seals. And then there was Farronato, a 6-foot-1, 185-pound athlete with speed, lift and football savvy, who last season landed an all-state nod. Quite simply, the ball seems to find him.

“Not many coaches get the opportunity to coach a player like him,” said Persing, the Green Dragons’ second-year skipper. “He’s a family friend. I got to coach his older brother (Dom) at Mount Carmel. Phenomenal talent. He’s showing why he’s a Division I recruit.