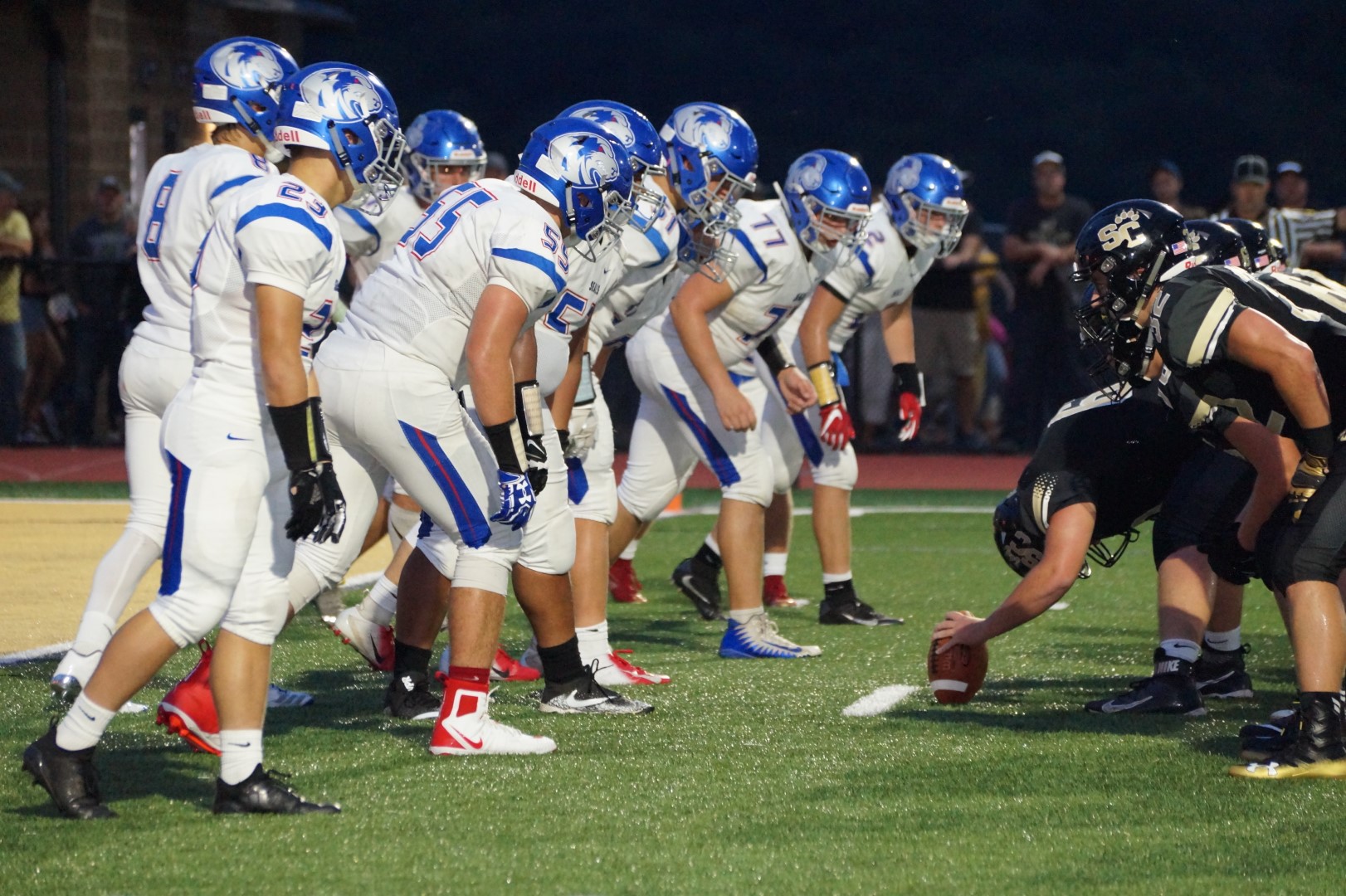 CATAWISSA — Since Selinsgrove’s aerial attack found its footing one week ago opposite Jersey Shore, Southern Columbia’s defensive plan was to attack.

“We’re going to bring pressure when we face passing teams,” Southern Columbia coach Jim Roth said. “Our defense has been really strong all year, and our linebackers have been outstanding.”

Southern Columbia feasted on a young Selinsgrove offensive line and freshman quarterback for five first-half sacks, 11 tackles for loss and an interception in a 48-0 rout Friday evening in Catawissa.

“Defense is a side of the ball that doesn’t get a lot of press,” Roth said. “But it goes a long way to helping you win football games, especially getting the ball back for an explosive offense.”

Counting eight punts, Selinsgrove took 34 first-half snaps to Southern Columbia’s 19. The yardage disparity at halftime was 328 to minus-14, in favor of Southern.

“The biggest thing for us is stepping up to play (tough) competition,” said Selinsgrove coach Derek Hicks. “Sometimes, this is what the competition does to you.”

The Seals found some traction offensively in the second half, gaining 147 yards over the game’s final 24 minutes with the running clock in place. Shoch finished with 56 yards passing, completing six passes. Dean Hollenbach led all Seal rushers with 38 yards. Feature back Joe Kahn finished with 25 yards on 11 carries.

“It’s going to take Gavin time to get acclimated in the offense,” Roth said. “With his brother, our passing game, it’s not like we’re going to feed him the ball 15 to 20 times per game. But he had a coming out party tonight.”

Three touches were all he needed to score three touchdowns — two on runs of 37 and 58 yards and the last on a 26-yard reception.

“It pretty much all starts with the line,” Gavin Garcia said. “Then, when they do their thing, I can do mine from there. You just have to take advantage of the touches you get and make the most of them. We have a lot of tremendous athletes out there.”

“It’s too early in the season to make broad generalizations like this being the most explosive unit ever,” Roth said. “We do have a lot of athletes who can make big plays for us.”