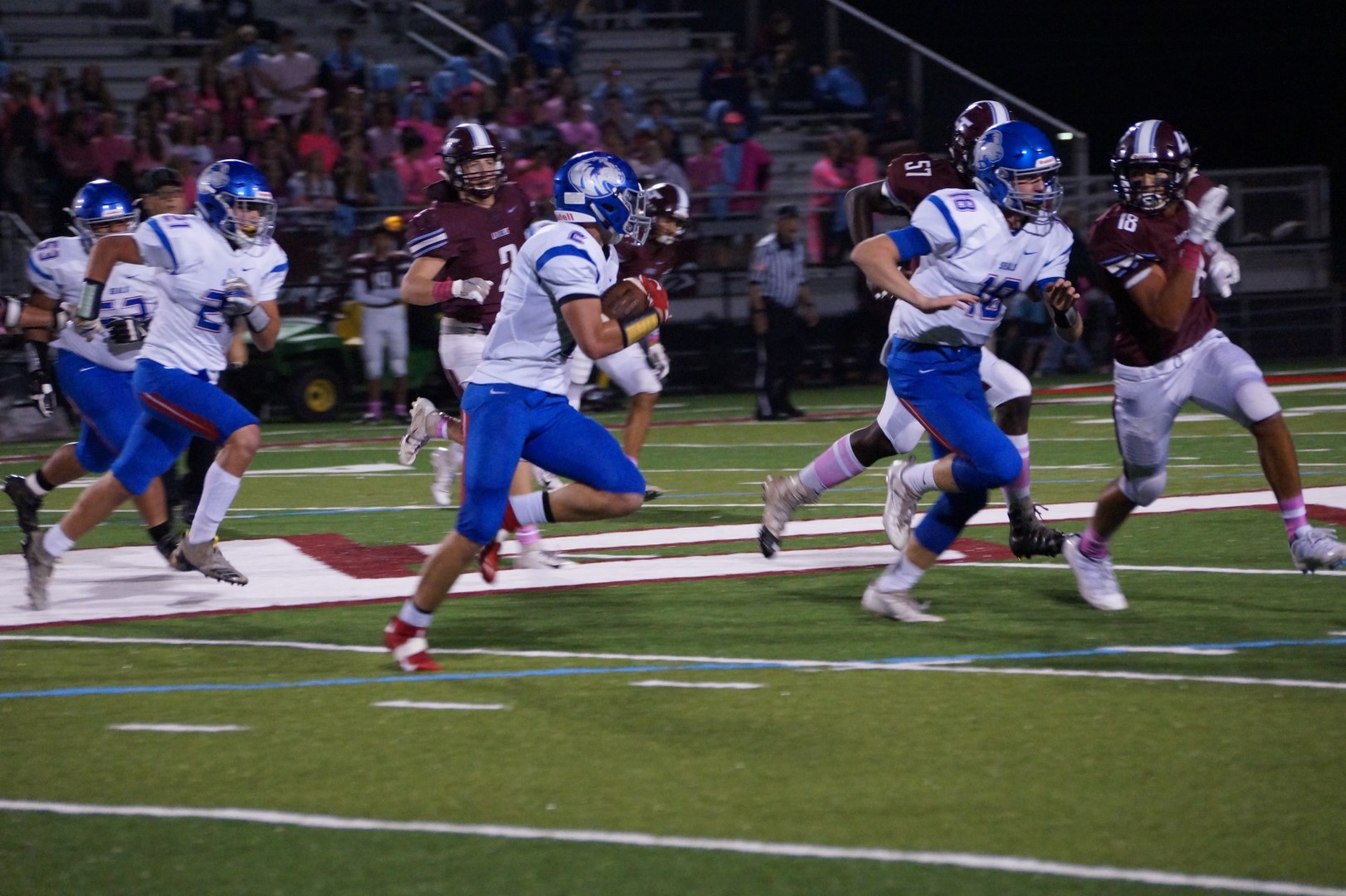 WILLIAMSPORT — Selinsgrove’s defense was challenged throughout the week.

The Seals responded as they scored two defensive touchdowns in a 34-7 victory over Loyalsock on Friday.

The offense did its part too, as Joe Kahn carried the ball 25 times for 146 yards and a pair of touchdowns. He ripped off three consecutive first downs before icing the game with a touchdown in the fourth quarter.

“Loyalsock’s a big team and we knew that,” Kahn said. “Our O-line, we were preaching all week that we needed to kick some butt. We might not be as big, but we fought throughout the game.”

The defense, which forced two fumbles and had an interception in the first half, held Loyalsock to 210 offensive yards.

Kahn carried the ball 12 times in the first half for 74 yards. His 10-yard touchdown run to make it 21-7 was the highlight. Three of his first half runs went for first downs. He was even better in the second half, as the Seals leaned on their running back to put the game away.

“Last week against Berwick, we struggled upfront and we struggled in every aspect of the offense,” Selinsgrove coach Derek Hicks said. “We challenged our guys this week. It was a physical week. The offensive line was working hard and we challenged them that we had to establish a running game to win a football game like this one.”

Selinsgrove established the run early with Kahn and continued to punish Loyalsock throughout the game. As a team the Seals rushed for 234 yards. At the end of the game, Dean Hollenbach was called on to carry the ball. He rushed for 45 yards on seven carries and scored the final touchdown of the night.

“They were just planting kids left and right and I loved it,” Kahn said of his offensive line. “I was actually chuckling running the ball watching kids get pancaked. Our O-line is awesome. I love them.”

Selinsgrove was there to take advantage of several Loyalsock mistakes in the first half. Despite connecting on his first nine passes, Loyalsock’s Chase Cavanaugh will be haunted by one throw near the goal line in the middle of the second quarter.

Loyalsock was driving, but the drive stalled when Josh Nyland jumped a route and returned an interception 73 yards for a touchdown. The play and the converted extra point gave the Seals its second lead of the game at 14-7.

“At the beginning of the game, we weren’t being physical enough with their receivers,” Nyland said. “We started to be more physical and I pushed the receiver off his route and looked for my blockers.”

Ben Swineford stripped Aiden Gair on the the Lancers' second possession and returned it 43 yards for a touchdown to open the scoring.

“Ben Swineford’s scoop and score right off the bat was nuts,” Kahn said. “That got the team so hype. Then Nyland’s pick-six was nuts.”

Cavanaugh has been expected to fill in for the injured Connor Watkins. He led a 65-yard scoring drive to tie the game at 7-7. Cavanaugh completed four passes on the drive and finished it with a 1-yard run through the line. 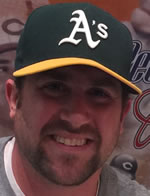 Brett Crossley has been covering sports in the area for more than a decade. Through that work he has built close community relationships with athletes, coaches, and athletic directors. In 2013 and 2015 he won Keystone Press Awards for Sports Story of the Year. He has worked as a photographer, columnist, beat writer, and sports editor.