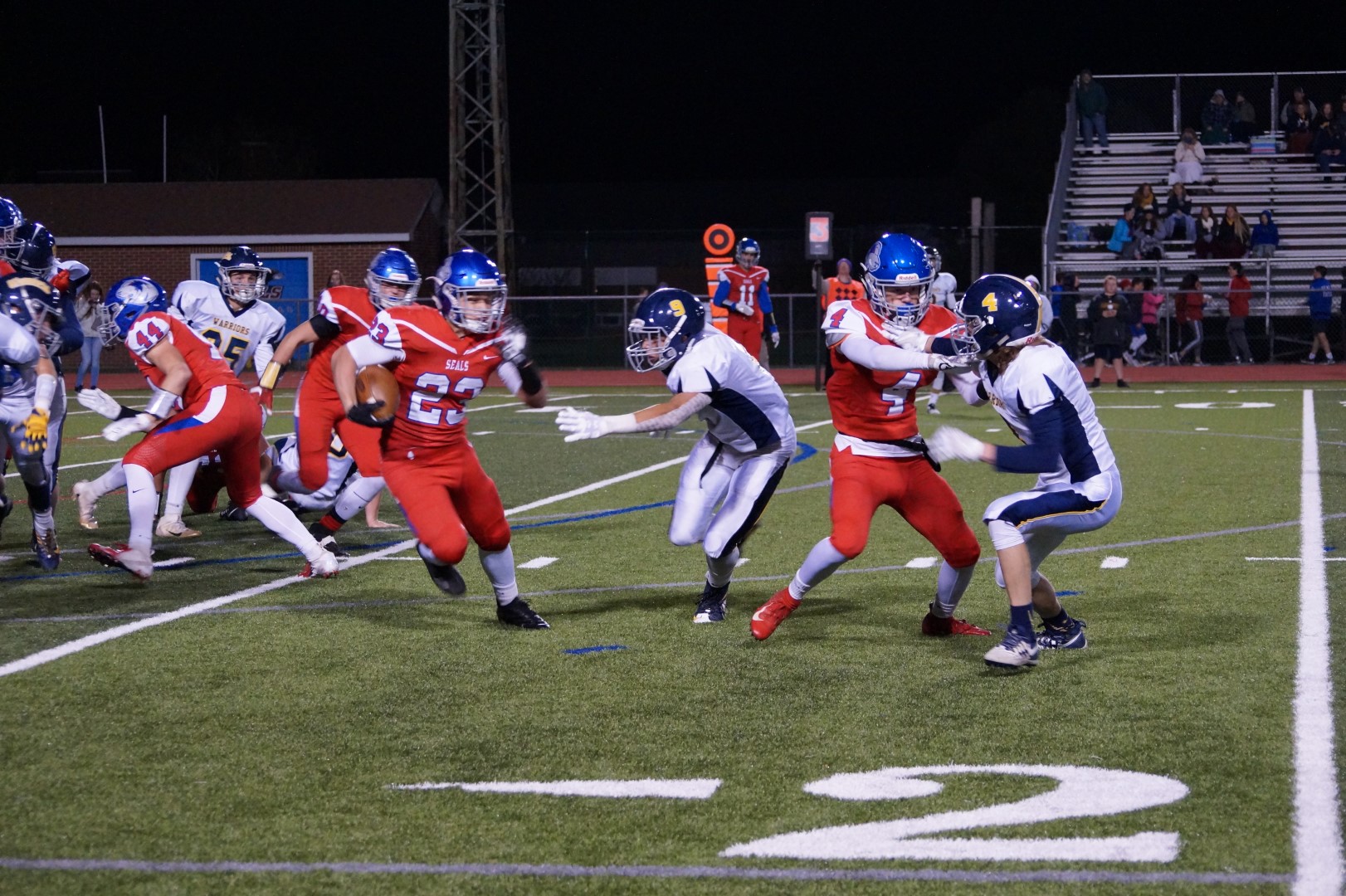 SELINSGROVE — Selinsgrove was a few inches away.

That little bit of space was all that Montoursville kicker Colin Gorini needed.

Gorini tucked a 32-yard field goal inside the left upright as time expired to give Montoursville a 10-7 win over Selinsgrove at Harold L. Bolig Memorial Stadium on Friday night.

As Gorini walked out for what became the game-winning field goal, the ball on the 15-yard line was the closest either team came to the end zone without scoring a touchdown in a game dominated by defense.

The first break came early in the second quarter, as Montoursville converted a third-and-6 near midfield before Warriors quarterback Hunter Shearer found Jaxon Dalena open in the middle of the field.

With a 43-yard touchdown catch by Dalena, Montoursville (8-2) took a 7-0 lead with 11 minutes left in the first half.

After the touchdown, Selinsgrove bounced back defensively, keeping Montoursville to seven first-half points on the strength of two sacks from Ryan Aument in the closing seconds of the half.

The Seals (4-6) sacked Shearer eight times and held the Warriors to 91 yards rushing.

“Effort-wise, that was probably one of our top efforts of the season,” Selinsgrove coach Derek Hicks said. “Everybody was playing hard. They were upbeat (and) that’s what you want. That effort the last couple weeks wasn’t quite there. The heads were hanging at times and they didn’t do that tonight. That’s the thing I’m most proud of.”

With yards at a premium due to a pair of strong defenses — neither team topped 250 yards of total offense — Montoursville held onto its 7-0 lead going into the fourth quarter.

The Seals defense forced a punt with 4:05 left to play, and took advantage

Taking over at their own 28, the Seals wasted no time as Josh Nylund caught a pass from Danny Shoch and outran a Warriors defender for a 72-yard touchdown with Kyle Ruhl’s PAT tying the game at 7 with 3:53 left.

“In the run game, we were just a split second from Dean (Hollenbach) breaking one and in the pass game, just a couple little over-throws,” Hicks said. “We knew we were close and finally late in the game, we got the big home run ball to Nylund.”

The touchdown to Nylund gave Shoch the majority of his 119 passing yards as the freshman finished 10-for-19 through the air. Shearer was 13-for-21 for 140 yards for Montoursville.

Both teams traded punts on their next possessions and it was a return by Montoursville’s Dylan Moll which gave the Warriors a chance at the win.

With the Seals inside their own 20, Moll caught the Seals punt at the 47 and raced 30 yards down the sideline to the 17-yard line.